I was a bit unsure of whether or not to post this but I decided to anyway because I hope that some of you will be able to relate. It’s been almost a month since my cat, Jasper, passed away and I decided to write a blog post on how I’ve dealt with losing a pet and in the hope that someone reading this has been through the same thing. Before I get onto my story, I’ll give you a little bit of info about Jasper and some cute lil photos. 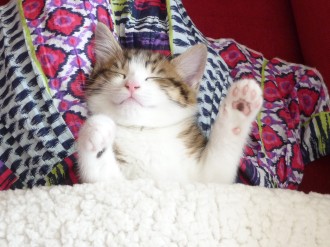 When I was about 9, one of our family friend’s cats had four little kittens, so we would go and visit them most weeks after school and I was secretly hoping that my mum would give in to getting me one, so basically long story short I brought home my favourite little kitten and named him Jasper. 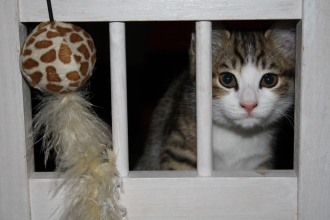 He was always perfectly healthy and the sweetest little cat and he had never shown any signs of having anything wrong. However, about a month ago, my Dad had come home to find him lying on the floor. This wasn’t unusual as he used to quite happily sleep on the floor but when my Dad stroked him his back legs didn’t seem to be responding and after a few minutes it was clear that he couldn’t stand up.

After taking him to the vets we discovered that he had a condition called Saddle Thrombus, which is a blot clot that forms in the heart and part of it travels through the body and blocks the blood flow from getting to the back legs. We tried to give him medication but he wasn’t responding and his heart rate just kept increasing so it was only fair for us to put him down so he was no longer suffering.

It was a big shock to me and my family as we’d never heard of Saddle Thrombus and the vets always said that he was healthy, but he wouldn’t have shown any signs of the disease before. It could have occurred at any point in his life so, in a way, we’re lucky that he got to spend six lovely years with us.

When I found out what had happened I was heartbroken as Jasper was my first pet. For the first couple of hours, it didn’t seem real and I kept thinking that the vets would call to say that everything was all right but that didn’t happen. The first couple of days are definitely the hardest but it’s ok to just let your emotions out and everyone deals with it differently. 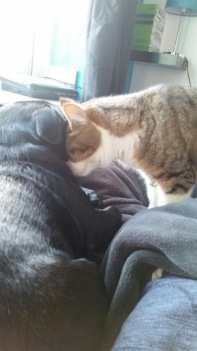 I think that losing Jasper has definitely made me more grateful for my other pets and not to take things for granted because you don’t realise how much someone means to you until they’re gone.

I didn’t want to write a whole essay about this but I just wanted to share something a bit more personal with you and I’ve never shared any pictures of Jasper on here and I thought they were too cute not to post.

Have any of you ever lost a pet? Please let me know!